Last week we did 2 activities. The first one was Ice pick up and the one after was Roll 6 and splash. The kids loved them.

I got the idea for both of these off of Pinterest. You can find the links here and here.

For the first one (Ice pick up aka Ice experiment) I took some old string I had and cut up small pieces for the kids to use to grab up the ice. I then took cups and filled them up with water. Each kid had their own cup. I then took ice cubes and dropped one in each cup. 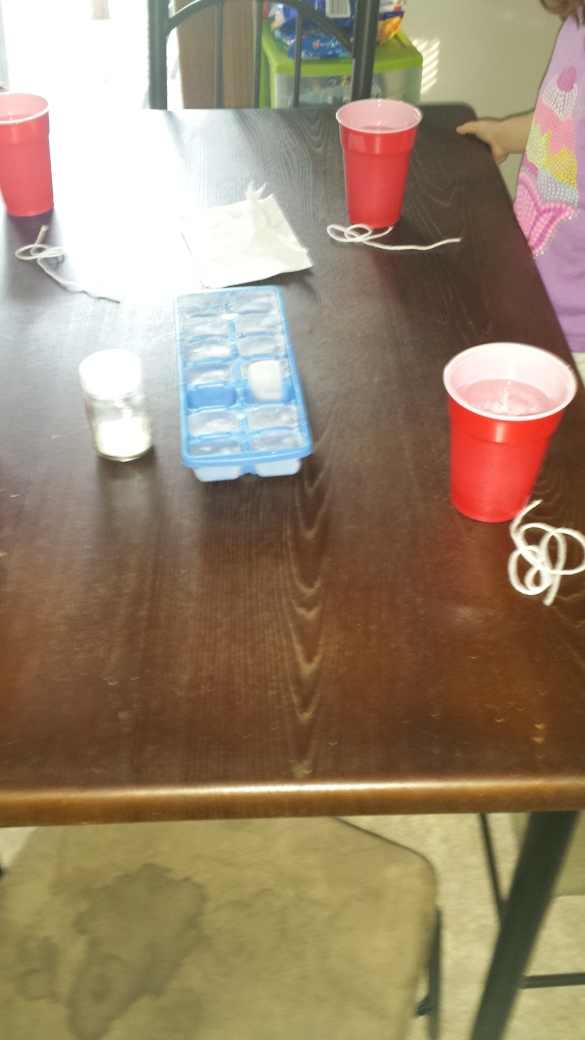 The kids then took their pieces of string and attempted to pick up the ice-cube with it. With each attempt they all failed. They were trying different maneuvers such as scooping it with the string and trying to fling it. Alas, they could not. So then I told them to use the salt. They each poured a little salt on their ice cubes and then they placed the string over top of the ice-cube. They were instructed to let the strings sit for a few minutes.

This time it worked!! They were all so excited. What was this magic? I explained to them that the reason it worked was because the salt had melted the ice. Then when they were sitting the strings over top of the ice it froze back over and the string stuck to it.

The next activity will be covered in another blog. I feel like this one has been dragging on.